Tia Lee Returns in 2022 with the Premiere of “Falling in the Deep”, First Episode of “Goodbye Princess” Animation Series

HONG KONG SAR – Media OutReach – 14 November 2022 – Tia Lee, Asian fashion icon, pop singer, film and television actress, has released a first-of-its-kind MV pre-release production that blends animation, music and fashion videography, to mark Tia’s return. Upon release of the “Goodbye Princess” animation trailer and the first episode of the 6-part series, an unprecedented record of over 13.65 million views were achieved for this unique form of storytelling and music launch within the first 72 hours. 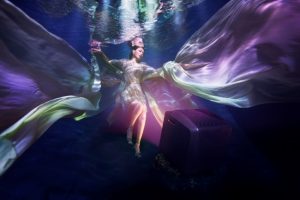 The “Goodbye Princess” pre-release campaign kicks off with a 6-part animated animation series. Each 30-second episode has the spirit of a classic fictional “princess”, reconstructing age-old stories to tell a whimsical tale inspired by Tia’s own experiences and journey in entertainment industry. “Goodbye Princess” showcases Tia’s determination to break free from stereotypes and shake off biases that have been placed on her, paving the way forward to take ownership over her own destiny.

Today, Digital Cover themed “The Voice” and an in-depth interview of Tia Lee by Vogue Hong Kong was also released, allowing followers around the world to have a glimpse of Tia on her new refreshed journey towards female empowerment. 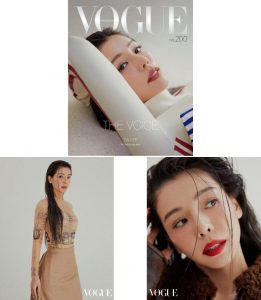 The first animation episode, “Falling in the Deep”, premiered on 11 November, featured a carefree mermaid swimming happily in a calm ocean. By chance, she spots an old television set on the seabed, which is the entrance to a tunnel that transcends time and space. Captivated by the lights, she swims into the tunnel’s kaleidoscope of imagination and temptation.

Suddenly, the mermaid realises that her tail has transformed into legs. Unable to swim, she sinks deeper into the ocean as a beam of light surrounds her. Will this beam of light come to the rescue of the mermaid? Or is it a sign of troubles to follow? What will she encounter next? The answers will be revealed in episode 2, to be released on 15 November (tomorrow). 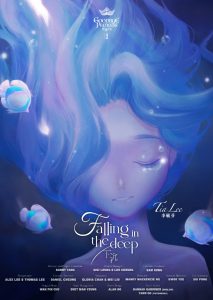 Accompanying the premiere was a poster released on 12 November that explained the underlying messages of the animated short clip:

Complementing the stunning series is a set of motion and still images of Tia based on the same theme of “Falling in the Deep”, curated by award-winning Creative Director, Tony C. Miller. The motion and still images portray a stunning Tia in an iconic green couture dress underwater. While the production took under the water, it also overcame a big challenge – Tia’s fear of water.

This first animation and fashion videography series represents a breakthrough in MV pre-release execution and also a personal breakthrough for Tia. Stay tuned for more exciting development of Tia’s “GOODBYE PRINCESS” journey, which will be out soon!

Tia Lee (李毓芬), born in Taipei, is an Asian pop singer, film and television actress, model, and former member of the girl band Dream Girls. In addition to her acting roles and musical career, Tia appears frequently at major fashion shows. As a fashion icon and trend-setter, Tia has graced the covers of fashion, beauty and lifestyle magazines such as Vogue, Elle, Marie Claire, and shares her beauty and fashion tips through a number of Vogue’s social media channels.