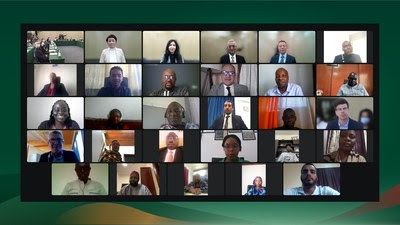 Hosted by the CCTV Video News Agency (CCTV+), participants shared their views on how to deepen collaboration under the theme of “Sincerity, Real Results, Amity and Good Faith, Strengthening China-Africa Media Cooperation”.

In his opening address, Mr. Teng Yunping, president of CCTV+, gave a warm welcome to attendees from across the African continent and said China-Africa media cooperation has played an essential role in furthering relations between the two sides.

“The working mechanism of the ALU has brought us closer and closer, and has also built a bridge for people-to-people connections in terms of media communications between China and Africa,” said Teng, adding that the ALU has made positive contributions to the comprehensive development of China-Africa relations.

The meeting also saw the signing of the Cooperation Agreement on AMSP (All Media Service Platform) between Teng Yunping, CCTV+ president, and Ousman Abdelmoumine Bechir, CEO of Tchad 24. 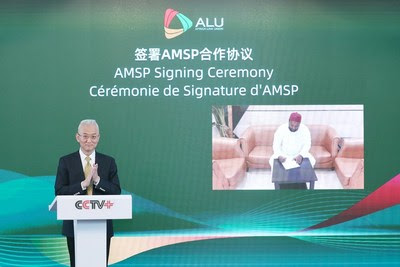 “Switch media looks to further build alliances within the African Link Union through creating a world class product of professional news content and strengthening the partnership for years to come,” she said.

“Thanks to the China Media Group, CGTN, CCTV+ for the collaboration. We have learned from you, we have adapted to new working methods such as the AMSP platform for example,” said Mr. Martin Ngningaye, Chief Executive Officer of Afrique Média from Cameroon. He said the exchanges of audiovisual content have allowed audiences to discover the truth about China and learn more about the splendor, cultural diversity and tourism sites in the respective countries, and especially to realize the neutrality and rigor in the processing of information.

Media representatives also shared their opinions on covering significant international events and their future plans for Chinese and African media cooperation after the 20th National Congress of the Communist Party of China (CPC), as well as further development of the ALU at the meeting.

The event also saw the winners of the ALU News Awards from 2021 to 2022 being announced, honoring members that have made outstanding contributions to the development of the cooperation platform over the past year.

The ALU was initiated by CCTV+ and media organizations across Africa in 2016, aiming to promote media cooperation and exchanges between China and Africa.